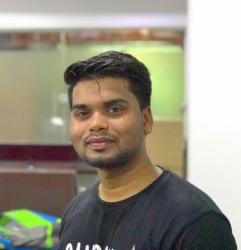 I am having more than 2 years of experience in web development.

I love to play with codes especially when it comes to Ruby on Rails, Reactjs, React Native, HTML, CSS, MySql, JS, Jquery, Ajax, and java and Software Testing. Also familiar with ecommerce is my favourite part in development.

My passion for back-end development and front-end detail has helped to produce effective and aesthetically pleasing web applications.
i am currently associated with Adware Technologies Pvt. Ltd. , a core ruby on rails firm where i am playing a role of Ruby on Rails/ Sharetribe / React Native Developer.

I'm fairly active on Stackoverflow as contributor on Ruby on Rails, and that's probably the best place to see what I'm good at.

I'm comfortable to work closely with any existing developer or team of developers to work with.

I love what I do. I take great pride in what I do. And I can't do something halfway, three-quarters, nine-tenths. If I'm going to do something, I go all the way.

Looking forward to hearing from you!

Send us a message